Join the Sea-Lifts affiliate program today and monetise your website traffic by referring sales to Sea-Lifts.

Sea-Lifts formed in 2005 offering airport transfers to Biarritz, Hossegor and other resorts along the coast. Over the years Sea-Lifts have increased the number of destinations covered across Europe.

We now specialise in offering transfers from the airports or city centres to major cruise ports and sailing marinas across Europe. Along with that, we also specialise in transfers to surf resorts in major European surf destinations in France, Portugal and Spain and finally, transfers to scuba resorts in Europe and also on the Red Sea.

Sea-Lifts comes from the same family as Ski-Lifts and Golf-Drives. Ski-Lifts have been named the World’s Best Transfer Operator in the World Ski Awards for the last 3 years. We have comprehensive experience in the travel industry, which has enabled us to build unbeatable transfer services in different travel sectors. Sea-Lifts shares exactly the same values and fundamental principles as Ski-Lifts and Golf-Drives.

Sea-Lifts operate in all of the top cruise, sailing, scuba and surf destinations across Europe and as far as the Red Sea.  We transfer thousands of holidaymakers to hundreds of different destinations each year.

We are sea-based holiday experts & we are part of a company with over 15-years travel experience.  Ski-Lifts have been named the World’s Best Transfer Operator for the last 3 years running.

We have an in-house customer service team available for 24/7 support all year round for urgent transfer enquiries.

Cheaper than the Alternatives

We aim to get the best possible price for our customers with our trusted transfer operators.

Transfers for any Group Size

We have a range of transfers available across multiple destinations, including; shared, scheduled, private, coach, executive and limousine transfers.

Our drivers are checked and vetted, ensuring our customers get to their destination safely.

When you become an affiliate with Sea-Lifts you will enjoy a direct relationship with the team here at Sea-Lifts. You will be assigned your own account manager and they are with you every step of the way. With an affiliate account you will:

Choose from our easy to use integration tools

Our integration tools will complement your service perfectly.  They are specifically designed for companies who operate in the cruise, sail, scuba and surf industries.  For more information on each of the tools, please see below.

We’ll set up your own branded bookings page, which records all bookings made for commission purposes.  It’s easy to add this page to your own website and to send a link to the page to your guests via email. 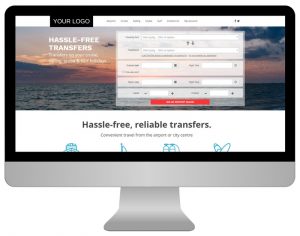 Our customisable widgets are easy to add to your website.  They give your website visitors and potential guests the ability to quickly and easily search for a transfer without leaving your website. 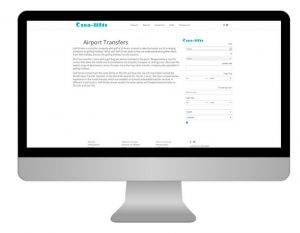 Our API gives a live summary of transfer prices on your website.  You can use this for dynamic packaging or to incorporate airport transfer bookings into your own booking process.